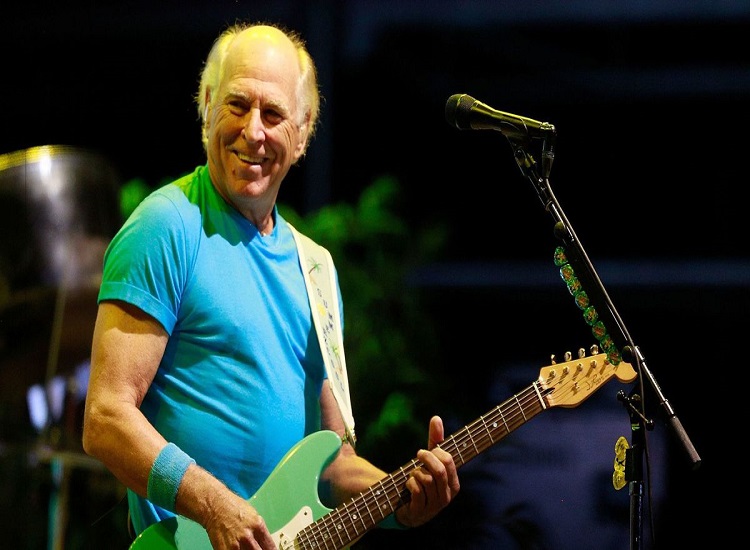 Parrot heads get ready to hear some unique, original songs recorded by Jimmy Buffett in Nashville with producer Travis Turk.    Apparently, these recordings – some of which Jimmy says he doesn’t even remember writing! – were found prior to the sale of the studio two years ago.  Jimmy is planning to release a selection of at least 20 songs, along with narration, and he is calling it “Buried Treasure”.  We are sure fans will want to add this to their collection.

You’d think Jimmy would be taking things a little easy after such a long and successful career as a songwriter, singer, author, pilot, bar owner, and creator of “Margarita Ville” but he is unstoppable!  If he is not performing his own concerts (and bringing on surprise guests like Kenny Chesney, recently in Nashville), he’s making ‘surprise’ guest appearances with other performers’.  We saw him in Palm Beach a few years ago at sunfast on stage with South African legend Johnny Clegg and his band!   And what a treat that was!

As for some new songs that are ready to be released, Jimmy is keeping up with the trends and thinking about promoting them online rather than cutting an album.  He figures that iTunes has taken over from the album.  We’ll wait to see what he decides to do.

Still, another indication that Jimmy is keeping up with the times is that he is collaborating with a well-known online game developer to produce a free-to-play social game aimed directly at his Parrot head fans.

We understand that the creative director of the site is a Buffett fan and understands what Jimmy is looking for.  Characters and locations are based on Jimmy’s life, songs, and books.  We understand that Jimmy’s music is in the game, and players can create their own band.  Wow! We think this will attract people other than Parrot heads!

Now that life seems so complicated we think it is time to lay back and relax to the music of Jimmy Buffett in the magical world of Margarita vile.  What do you think?

We’re all guilty of it!  Saying “I hate/dislike/can’t stand Bluegrass/Heavy Metal/Rap…” or whatever! Our son, when he was 15 years old “hated” Country & Western music and would make rude comments when he was forced to listen to our favorite radio station in the car!  Then he spent time in New Mexico and – all of a sudden – not only did he like C&W but he started playing it on his guitar!

I must confess, a little Bluegrass usually goes a long way with me but I am beginning to appreciate it more, thanks to Alison Krauss & Union Station! Maybe this is because the group includes country music and popular rock songs in their repertoire.  Alison Krauss has had a long and busy musical career, releasing her first album when she was 14 years old.

Since then she has released 12 albums, 5 solo albums, and 7 with Union Station.  She has also sung or played on recordings by artists such as Kris Kristofferson, Brad Paisley, and Emmylou Harris and appeared on numerous soundtracks.

While Alison Krauss’s talent has been well rewarded (55 awards including 27 Grammies) other members of Union Station are also highly regarded in the music world.  Dan Tyminski is an outstanding bluegrass singer, picker and songwriter who sang “I Am a Man of Constant Sorrow” in the movie “O Brother Where Art Thou?”  (He is also named by Golf Digest as one of the Top 10 golfers in music.)

Ron Block plays banjo and guitar, Barry Bales is the bass player and harmony vocalist and Jerry Douglas is one of the world’s most renowned Dobro (resonator guitar) players.  There is no doubt that this group plays beautiful music together and with their versatile range of genres we can expect them to continue to change the perception of Bluegrass.